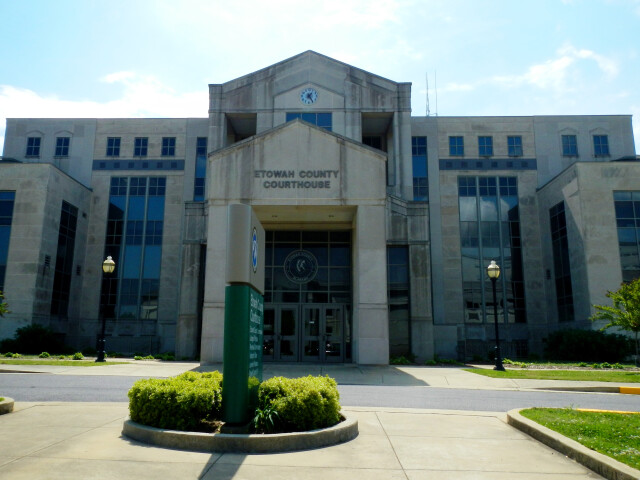 Etowah County forecast: A slight chance of rain showers before 7am. Mostly sunny. High near 66, with temperatures falling to around 62 in the afternoon. Northwest wind 10 to 15 mph. Chance of precipitation is 20%. more

According to census records, the population of Etowah County decreased by 2.01% in 10 years.